Heathrow Terminal 4 has an unusual station. It’s only got one platform, and all the trains go in the same direction, round a loop.

It’s used by airlines you’ve never heard of, flying to places you wouldn’t want to go. Airport security tends to be more interested in who’s arriving than who’s already here, so as long as you don’t do anything to draw attention to yourself, they don’t notice you.

I wear a good jacket, polished shoes. Tie. I’ve still got those things. I keep them in a mate’s garden shed. His wife won’t let me live there, but she doesn’t mind me leaving stuff in the shed.

In the terminal café, a businessman is eating a sandwich. He only wants half. He puts his uneaten half in the bin with his coffee dregs.

For a moment he looks as if he might believe me. Why shouldn’t he? I’ve got the jacket. Got the shoes. I’m Mr Saunders.

Not my Mr Saunders you ain’t. The cabbie waves at a passing security man.

So now they know. I’ve got no ticket, no boarding pass, no right to be here.

It’s my own fault. What did I think that cabbie would do, whisk me away to some grand house in the suburbs and a Mrs Saunders who says, hello darling, had a good trip? I wouldn’t know how to answer. I wouldn’t know what to do. If I knew how to do that sort of thing, I’d be doing it, right? I’d be at home with my wife in the house with the garden shed. I wouldn’t be being marched onto a train on the underground loop to nowhere. 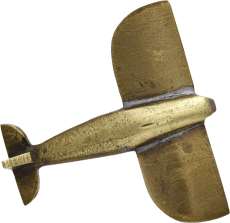 Stay up to date

Subscribe to TubeFlash News to get email notifications about new stories, podcasts and updates.

A really captivating tale of a child's inquisitiveness [that] manages to raise the tension level to potentially disastrous consequences and yet to finally diffuse the situation for the reader with an ending of sheer relief.

What a lovely story. And a brilliant short story debut. Clear, concise, bitter-sweet and funny. And has an ending that leaves me wanting more.

On reading "The Left Eye" by Tania Dain - Sara

Intriguing. Draws you in and you want more.

On reading "From Diamonds to Damehoods" by Sara Laksimi - Rachael